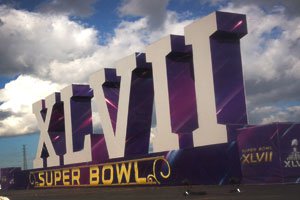 •    A rating point is 1 percent of population. Share is the percentage of viewership among all homes with TVs turned on at the time.

•    In Nielsen’s select measurement of big cities, the game received a 48.1 rating with a 71 share. In New Orleans, ratings and shares were higher at about 57 and 77, respectively.

•    Baltimore had the highest viewership with a 59.6 rating and an 83 share. Surprisingly, San Francisco was not in Nielsen’s top 10.

•    37 companies advertised during this year’s game, 10 of which made their Super Bowl debut.

•    There were 47.7 million social media posts during the game, a dramatic increase from last year’s 17 million.

•    39 percent of Super Bowl viewers said the commercials were the best part of the game.

•    38 percent of those surveyed would rather use the restroom during the game, 23 percent preferred to go during the commercials.