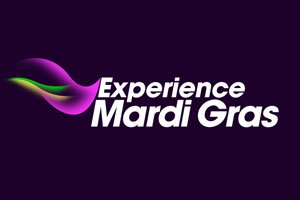 Developed by WWL-TV and Zehnder Communications, Experience Mardi Gras offers PARADE TRACKER, which maps the real-time progress of one major New Orleans parade each day, beginning with the Krewe of Muses on March 3 and ending with the legendary Krewe of Zulu on Fat Tuesday, March 8. Additional parades will be tracked each year.

Other Experience Mardi Gras features include:

·     Parade video and interviews from WWL-TV.

·     Up-to-the-minute listings of live music and other Mardi Gras events.

“We designed this app to be the ultimate tool for Mardi Gras,” said David Robison, director of digital media for WWL. “Whether you’re a die-hard local, out-of-towner, traveling by yourself or with a group, this app keeps all the details updated and in one place.”

Experience Mardi Gras can be downloaded from the iPhone® and Droid® online app stores free of charge through generous sponsorships from Zatarain’s® and Tabasco®. In addition, Blain Kern’s Mardi Gras World provided access to floats for the PARADE TRACKER feature.

WWL-TV is part of Belo Corp. (BLC), one of the nation’s largest pure-play, publicly-traded television companies, that owns and operates 20 television stations (nine in the top 25 markets) and their associated Web sites.  Belo stations, which include affiliations with ABC, CBS, NBC, FOX, CW and MyNetwork TV, reach more than 14 percent of U.S. television households in 15 highly-attractive markets.  Belo stations rank first or second in nearly all of their local markets. Additional information is available at www.belo.com or by contacting David Robison, Director of Digital Media, WWL-TV at 504-529-6382.