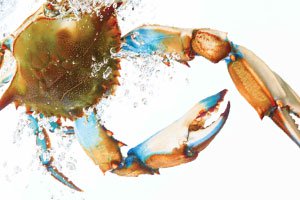 NEW ORLEANS – Zehnder Communications, a full-service advertising agency, has won three national gold ADDY Awards for its work with the Louisiana Seafood Promotion and Marketing Board.

Presented by the American Advertising Federation, The ADDY® Awards is the world's largest advertising competition with over 50,000 initial entries annually and is one of the industry’s highest honors. The competition showcases creative excellence by recognizing all forms of advertising from around the world. This year’s national winners were chosen among 1,500 finalists. The award ceremony took place on June 5, 2012, in Austin, Texas.

The Louisiana Seafood Promotion and Marketing Board campaign was recognized alongside other prestigious work on behalf of companies such as Nike, Expedia, Jim Beam and Allstate, to name a few.

“To be recognized again among the greats in our industry is a huge honor,” says Mike Rainey, Zehnder’s chief creative officer. “It was very gratifying for my team to see the work on stage at the national ceremony in Austin.”