We've sent our Creative Technologist, Rob Hudak, to CES 2020 to check out the latest, greatest and weirdest tech trends happning at the expo. If you missed our Day One recap, check it out here: Zehnder Explores CES 2020: Day One

The Cutting Edge of AR/VR & Gaming

Today I found myself headed to the South Hall of the Las Vegas Convention Center where a world of AR/VR & Gaming awaited. It’s a world where technology becomes life-like, worlds are created around you, and your brain can be the controller.

Innovations in AR - The Collective Experience

Augmented Reality is still finding its way to more regular use by consumers. In the meantime it’s proving to have applications in the educational space. Even though AR pre-dated Virtual Reality by a bit, it was easier for consumers to embrace the idea of total immersion in a virtual world, as opposed to a world of mixed reality. Nonetheless, AR has a big presence here at CES 2020 and everyone around me seems very interested.

I came upon a demo by Ximmerse called HoloMuseum “Mixed Reality Location Based Entertainment.” Myself and another attendee put on our headsets and took our handheld wand-like controllers into a square room that was painted and lit to look like a floating room. When the demonstration began I could see the ghosted-skeleton of a dinosaur with more solid looking bones strewn about my feet. I could also still see the other people in the room.

We picked up the dinosaur bones with our wands and placed them on the skeleton frame to complete the T-Rex while a voice offered up facts about the bones we were collecting. It was a really fun experience designed for kids of all ages.

Across the hall I saw an even larger group of People having a collective Mixed Reality experience. The company Realmax was demoing it’s headsets and real-time collective immersion with an augmented car that I and a group of 20 people in headsets all walked around and experienced at the same time. We also played a rhythmic, Guitar Hero-type game together which allowed us to grab at objects to the beat of a Beyoncé tune. My favorite thing about this demo is there were no controllers - the AR recognized your hands in front of your face and let you use them.

Speaking of Hands, our Haptic Technology partners at Teslasuit had probably the coolest thing in the VR department - their Haptic Glove. 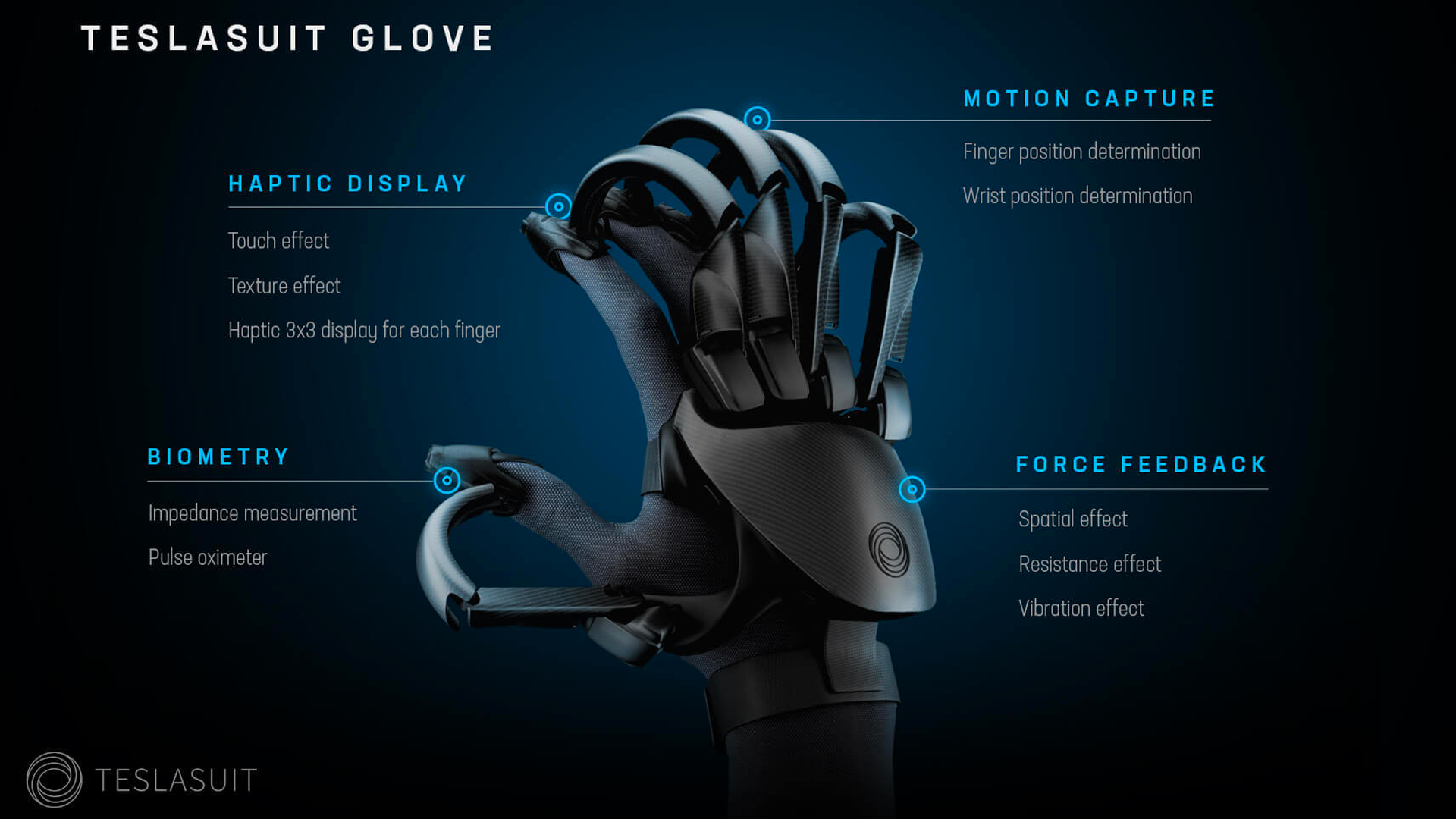 The glove is not available just yet, but we will be sure to tell you more about it when Teslasuit gives us a one-on-one demo in our New Orleans office sometime this spring.

Playing Games With Your Brain

After having my mind blown by the haptic glove, I felt a little like the scarecrow from Wizard of Oz walking up to the Nextmind booth. Here they were demonstrating their “Brain-Sensing Wearable for Real-Time Interaction.”

I watched as people calibrated their brain to the device and began entering passcodes with their brain, changing the tv channel with their brain and, best of all, playing the classic video game Duck Hunt - using only their brain! I had to try it so I sat down for a demo. 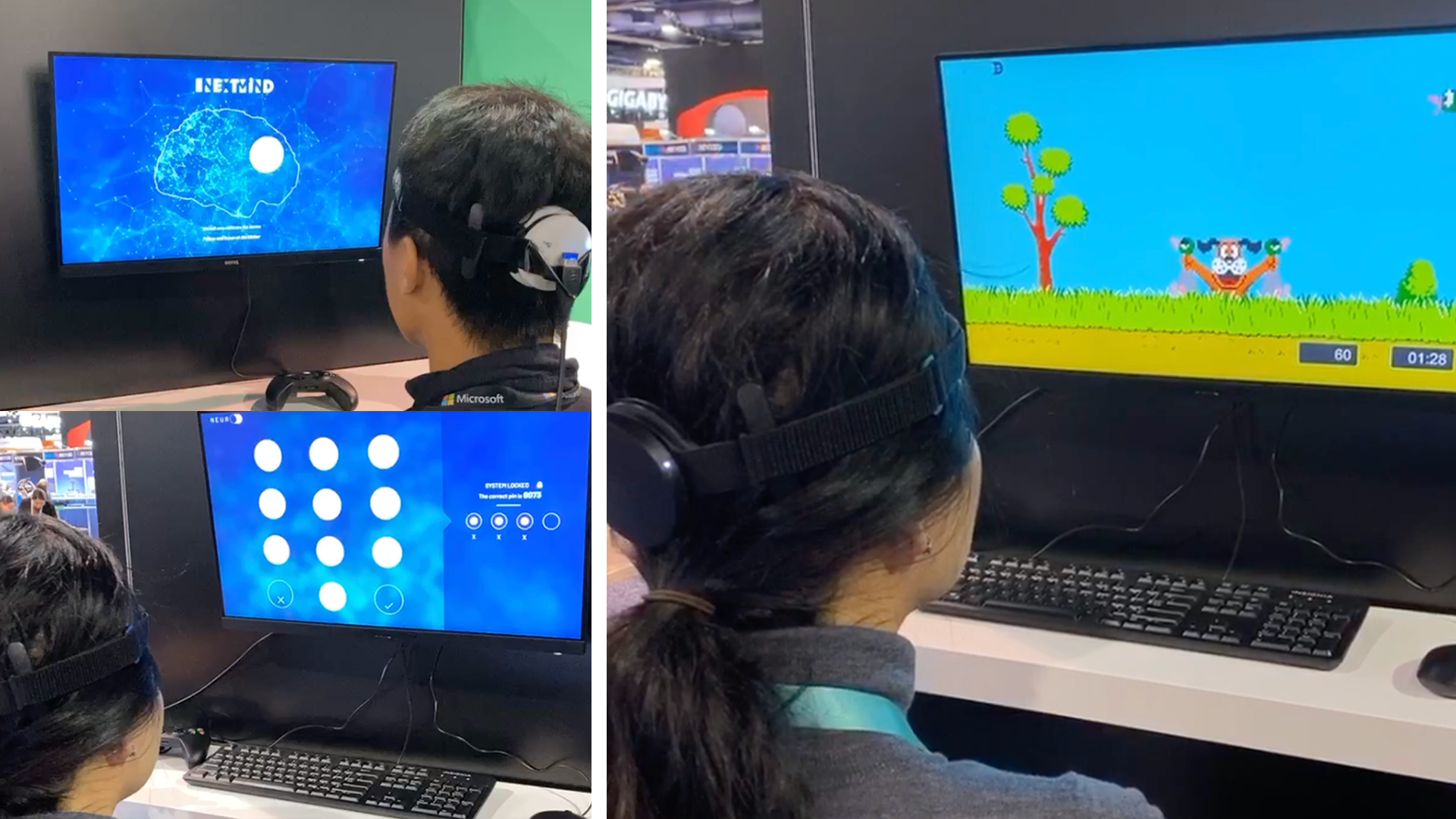 Putting on a wearable headgear which was not much more than a headband with a small coffee lid sized sensor on the back and four small flat sensors along the sides, I began to calibrate the tool to my brain. The screen in front of me asked that I concentrate on the circles it was placing in front of me. Within the circles were little squiggly lines and three little sticks that would form a triangle if you concentrated on them hard enough. 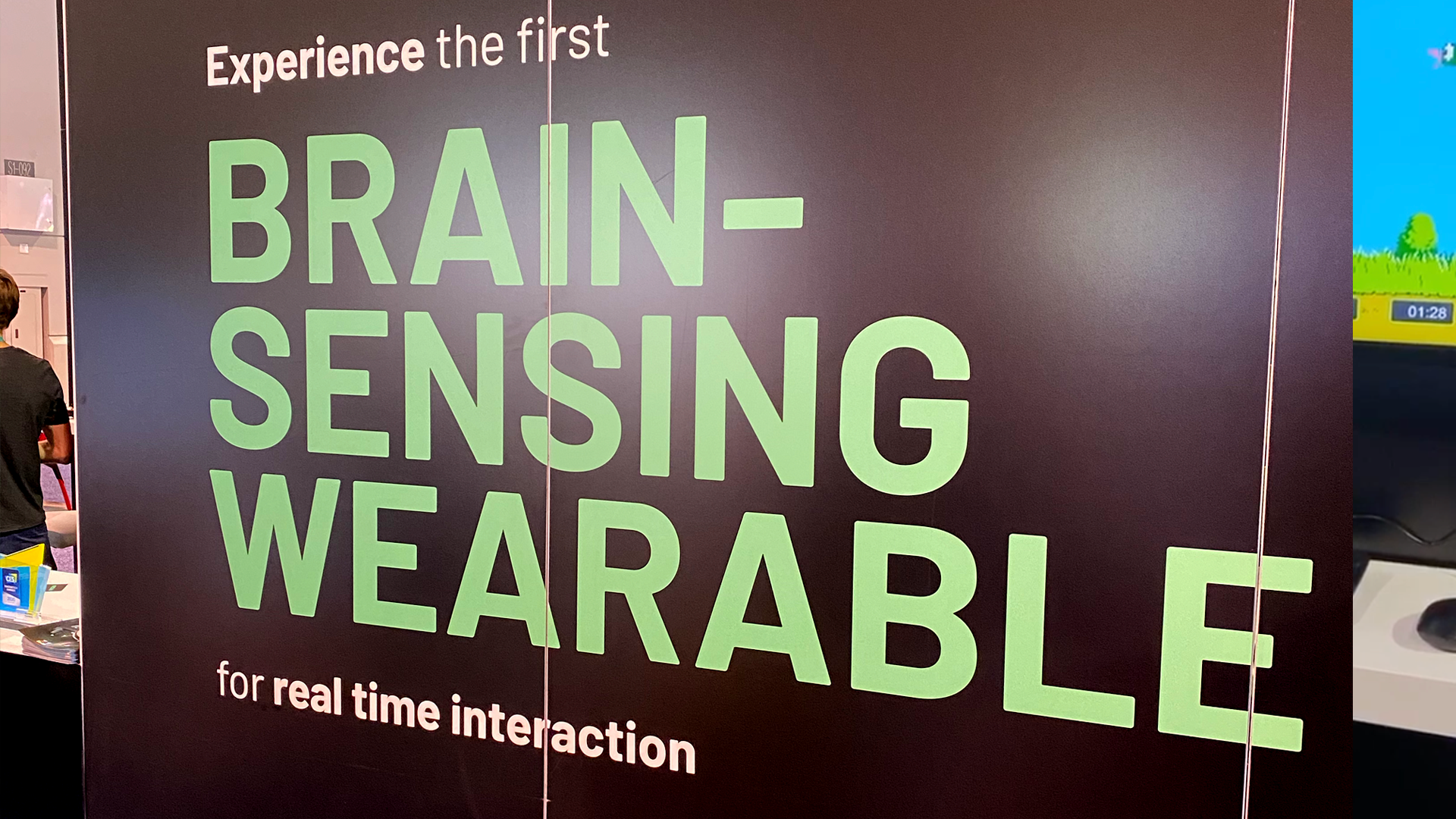 Once my brain got the hang of it I was completing the task of selecting these “buttons” very easily. I felt great when I saw that my calibration score was way above other people who I watched doing the demos. That feeling would end as soon as my brain was asked to dial in passcodes and shoot down ducks in Duck Hunt.

The brain control was an interesting sensation. I could feel the moment when my brain was accomplishing the task at hand. Most of the time I would get so close to the concentration goal but not complete it. In those moments I could sense my concentration lagging or my brain letting go a little too early. Those moments were frustrating, but I was impressed with the feeling so much that I hope to see this technology make strides in research. I’d be willing to be their guinea pig.

Keep Up with us at CES

Follow more of Rob’s journey throughout CES! Follow us on social media for live takeovers and tech spotlights. Are you at CES? Let us know at beyond@z-comm.com and schedule a meet up!